Effective immediately, and until May 1st, for the safety of all our patients, Gulf Coast Facial Plastics will be canceling and rescheduling all our cosmetic appointments. This action includes all surgeries, injectables, and aesthetician services. On May 1st, we will reassess the situation within our community and will notify all our patients as to when we will be able to reopen. We appreciate your business as well as your understanding during this most difficult time. In the meantime, please stay safe, and we will be in touch!

A Note from Dr. Daube

Since founding Gulf Coast Facial Plastics and ENT Center 25 years ago, I’ve found that often our patients become our friends. We really like to get to know the people we treat, because then we can take care of them more comprehensively. And, whereas there are numerous physician rating sites, they don’t provide enough information for you to be able to get to know me – the person behind the lab coat! In my opinion, getting to know your physician on a more personal level also allows you to feel more comfortable with him during the examination.

So here are some personal tidbits about me, and you’ll see that we just may have a lot in common!

Feel free to start a conversation the next time you’re in the office. I bet we have a lot in common!

Happy people are the most beautiful. 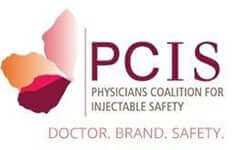