Skin cancer is the most common form of cancer among humans. More than three million new cases are diagnosed in the U.S., each year. Skin cancer occurs when skin cells grow abnormally, usually because of overexposure to the sun’s rays. While it can affect people of all races, it’s more common in lighter-skinned individuals who burn easily. Here are the basic facts everyone should know about this disease. 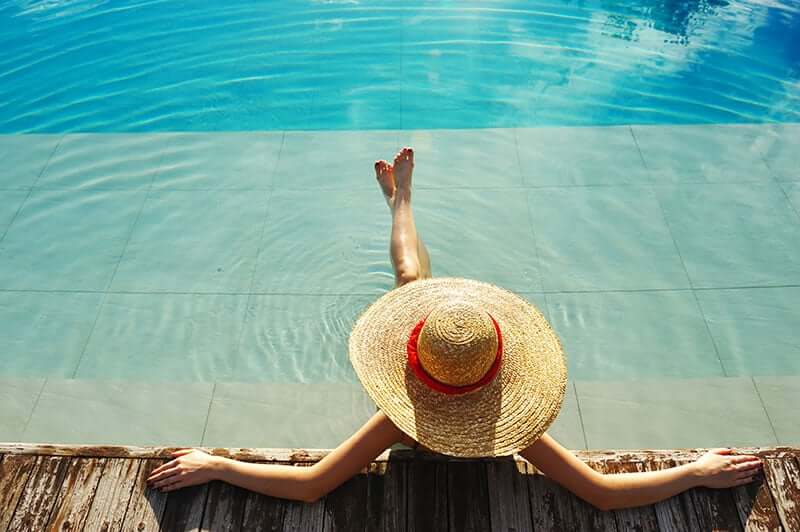 Actinic keratosis is characterized by crusty, scaly lesions along the face, scalp, or hands. It’s often referred to as “solar keratosis,” due to the fact that the lesions are most often caused by ultraviolet light from sun exposure. If left untreated, these lesions are considered precancerous and up to ten percent of (cases can develop into squamous cell carcinoma.

Causes of Skin Cancer
In most cases, these cancers are the result of DNA mutations caused by the effects of ultraviolet light on the cells of the epidermis. While the immune system normally does a good job of controlling these cells in their early stages, they can grow out of control if the immune system is compromised.

The most common causes include:

Common risk factors may include:

Note that in some cases of basal cell carcinoma, topical medications are used to remove the offending lesions. These creams and solutions are designed to stimulate the immune system response, causing it to attack the cancer. Patients may or may not experience side effects from this type of treatment. Side effects can include redness, irritation, and inflammation. Their major drawback is that it can be difficult to determine whether or not the lesion is completely gone, due to the lack of remaining tissue.

In cases of malignant melanoma, several types of treatment may be necessary. In addition to surgery, these may include chemotherapy, radiation therapy, and/or immunotherapy. Due to the complexity of melanoma treatment, patients are often best served by combining the services of a surgeon trained to remove cancers; a dermatologist, and a medical oncologist.

Prognosis
In most cases, the prognosis for non-melanoma is very good. Fortunately, basal and squamous cell carcinoma are highly curable forms of the disease. Deaths are rare, except in cases of extremely immunosuppressed individuals. The cancer recurrence rate varies, depending on the type of treatment.

Prevention
The best way to prevent cancer is to avoid situations that cause tumors to develop. Sunscreens and protective clothing are strongly recommended, especially if you can’t avoid being in the sun. Whether you’re in the Northwest Florida region, or elsewhere, it is important to use sunscreen when you are exposed to harsh UV radiation. Avoid using tanning beds, as they are a major risk factor for skin cancer. In the event that you do notice peculiar moles or lesions on your skin, early detection is the best way to ensure a better outcome, so schedule an appointment at Gulf Coast Facial Plastics as soon as possible.

Here on the coast of Florida, we love our sunshine.  But how can we prevent sun damage that seems inevitable?  Here ar

DIAMONDGLOW® BEFORE AND AFTER: WHAT TO EXPECT

Despite the high humidity, our skin can become quite dry from sun exposure and salt air on the Gulf Coast. The perfect s

As we approach the beginning of a new school year, if your teenager, or young adult, is suffering from the ravages of ac

Face-mask Acne? We Can Help!

Did you know there are more than 700 different types of bacteria in your mouth? With this reality, it’s no wonder peop

Mrs. Ashley Seekins was born at Gulf Coast Hospital and is a native of Northwest Florida. She completed the Aveda Instit

The Benefits of DiamondGlow™

Are you looking for a quick, effective way to exfoliate and repair your skin? A DiamondGlow™ treatment (formally calle

FINDING the RIGHT SKINCARE ROUTINE for YOU!

The BEST FACIAL PROCEDURES to DO in the SUMMER

Summer is already in full swing, and with these leisurely months, it’s a perfect time to improve your appearance! To t

At Gulf Coast Facial Plastics, we are committed to helping you look and feel your best. We have developed a list of proc

Now that Bay County has hit some cooler temperatures, we’d like you to be aware that your skin may dry out, or even cr

The Best Facial Procedures for the Holidays

With the hustle and bustle of the holidays, it’s a great time to treat yourself to a gift, or more than one, that will

TOO COOL! A FrozenC Facial

Cryotherapy sounds like an intimidating word, but instead is really wonderful, new technology that supports the FrozenC

Now that you’ve made the decision to undergo facial plastic surgery, you will want to make certain your results last a

WHAT to EXPECT from YOUR FACELIFT

A facelift, also known as a Rhytidectomy, is a common type of anti-aging facial plastic surgery requested by both men an

Is Kybella® Right for You?

Are you troubled by a double chin that diet and exercise will not eliminate? Do you want your face to look firmer and li

The Best Laser Procedures to Complete During Fall

Juvéderm® is one of the most popular types of injectable fillers to immediately to smooth out wrinkles, sagging, and f

Happy people are the most beautiful.